The Dawgs moved to 1-3 overall after a tough loss to Dayton this weekend. The team put up a solid effort, but was unable to stop the Fliers from scoring off of two corner kicks and a scramble for the ball after a blocked penalty kick in the box. We saw what we need to work on in practice this week in order to recover and be ready for next time. It’ll be a busy week as we prepare for our 3 games this weekend. All games next weekend are home, so come out and support the team!

It was a beautiful day for soccer, made even better by a 2-0 win over Bradley! We’ve got a good looking team this year; it’ll be a great season!

A lot of interested players stopped by the table at Block Party! We will be having a Call-out meeting this Thursday, August 25th, at 9pm in Gallahue 101 to discuss more details about the upcoming season. In the meantime, mark your calendars for practice next week:

These practice days will also serve as try-outs if need be. During the season, we will practice two times a week. Our practice time slot is 6:30-8pm on Tuesdays, Wednesdays, and Thursdays; the days of practice will be decided after seeing what works best with everyone’s schedules.

Out first game is coming up soon on September 3rd! Here is a tentative schedule:

-September 11: Away vs. UW Milwaukee 10am CST (played at Highland)

*Unless indicated, all times are in Eastern Standard Time, EST (the same time zone as Butler)

Bring any questions you have to the call-out meeting on Thursday. Have a great first day of class!

Move-in day is just around the corner, which means Club Soccer season is almost here! To all returning players, welcome back, and to any new students looking to play, welcome to Butler! Be sure to stop by and visit our table during Block Party on Tuesday, August 23rd, from 5-7:30pm. Stay tuned for the date of the call-out meeting and season schedule. Go Dawgs!

Thank you for a great first week of Spring practices. Keep checking the Twitter for any changes in practice times!

Congratulations on a great season! We won more games this year than the past few years. Our team looked very strong! The turnout foe the end of season dinner was great. If you still have your jersey, please contact Olivia and drop it off with her. We are still missing a few. We will be doing some winter training next semester. Be on the look out for more information on that. Also, elections for the executive team next year will be coming up. We will provide more information on that soon!

Nice game today everyone! Win over ISU 2-1. Great way to start off the season 🙂

Hey guys! I will meet anyone that is unsure of how to get to the intramural fields today at 5:40 at the bulldog right outside of Atherton and we can all walk there together. Tell everyone that is interested in club soccer this year. Don’t forget your cleats tonight! 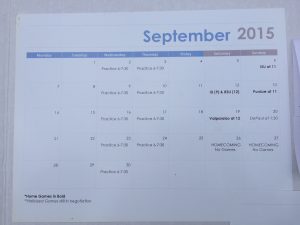 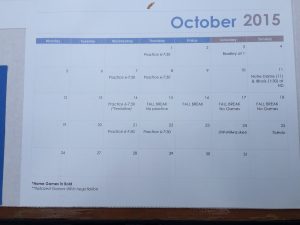 Hey guys! Our first practice/interest meeting will be Thursday August 27th at 6pm at the intramural fields. Bring your cleats! Anyone who is interested should come! Tell all of your friends who are interested in playing this year.Also, our schedule for this year is close to being set and right when it is I will post it on this website.