The club volleyball team will be hosting a spring semester tryout on Monday, January 29th from 9:30-11:30pm on Court 1 of the HRC. We encourage anyone to come tryout. We are a competitive team and are planning on competing in nationals mid April.

If you have any questions or concerns with anything at all please email aetaylo1@butler.edu

The Butler Women’s Club Volleyball team took home 7th place out of 15 teams at their last tournament of the fall semester! This past Saturday, Butler traveled to Indiana University to play against all Big 10 teams. Teams in attendance included Indiana University, University of Illinois, Michigan State, Purdue University, and Wisconsin. Both the A & B team did well during pool play. The B team fell in the first round of bracket play along with the A team who had a close game against IU. Congratulations to both teams for starting off the season well!

The Dawgs are also saying a sad goodbye to senior Samantha Lilly, as this was her last semester playing for the women’s club team. Sam was a part of both National Championships as well as getting MVP! We will miss you Sam! 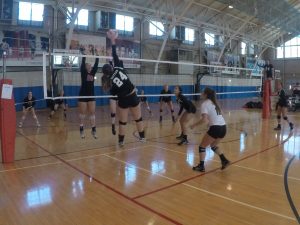 The Butler Women’s Club Volleyball team takes home first place at their first tournament of the year! This past Saturday, Butler hosted the Butler Fall Classic to kick off their season. Teams in attendance included Indiana University, Illinois State University, Indiana State University, Loyola, and Bellarmine. Both the A & B team did well during pool play. The B team faced off against Indiana A, Loyola A, and Illinois State B while the A team played Indiana State A, Indiana B, and Loyola B. The B team fell in the first round of bracket play while the A team advanced to the Championship against Loyola. Congratulations to both teams for starting off the season well!

The Dawgs also competed at Purdue later in October. The Dawgs will next travel to Northwestern University on November 21st and Indiana University on December 5th! Follow us @BUWomensClubVB for live updates and more info! 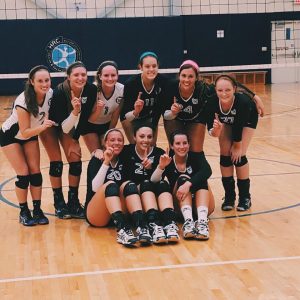 Visit Maddie’s blog to read more about BUWCVB in her post entitled “Why You Should Become A Volleyball Rockstar!”

Thank you for your kind words about the team Maddie! We love ya! 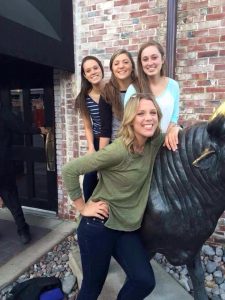 Maddie in front pictured with three of our other club members, Kennedy, Anna, and Suzie!

Welcome back everyone! We are so excited to get started on another exciting year of volleyball!

As a reminder to any interested, there will be an open gym tonight from 9-11pm in the HRC! Please come for as long as you like to shake off the rust before tryouts!

Tryouts will be held on Wednesday, September 2nd and Thursday, September 3rd from 9-11pm in the HRC! Please contact our president, Kerry Risley (krisley@butler.edu), if you have any questions! We look forward to seeing you all there!

The Women’s Club team traveled to Kansas City to compete in the NCVF National Championship tournament for the first time in the club’s history! After three days of competition, without losing a single match, the dawgs defeated UW-Lacrosse in the Championship match to become National Champions! We are so proud of all the hard work each and every member put in all year long to make this dream a reality! This was the perfect way to end our year-long season and we are looking forward to attending Nationals for many years to come! 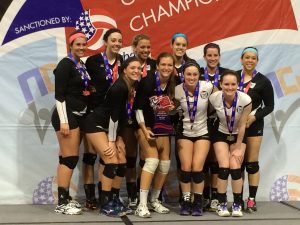 The Dawgs celebrating after a national championship win! 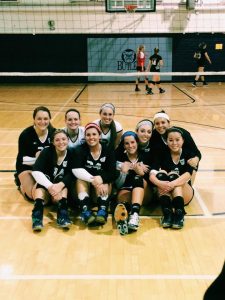 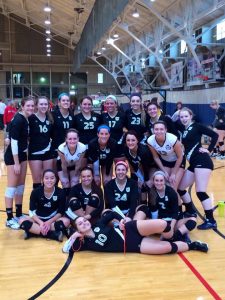 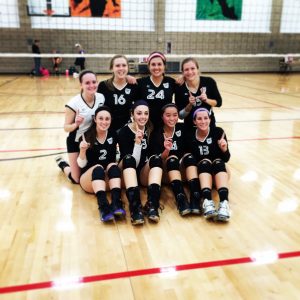 It’s that time of year again!  Women’s Club Volleyball Tryouts are Wednesday, September 3rd, from 8-10PM and Thursday, September 4th, from 9-11PM at the HRC! Please come try out! Email Kerry Risley (krisley@butler.edu) if you have any questions or concerns!

We will also be holding an open gym Monday night (9/1) from 9-11pm in the HRC! All are welcome to come warm up before tryouts!