We had our first tournament last weekend in Marion! It was a good “warm up” tournament, meant to be a great one for the rookies who are new to club play. It was a lot of our team’s first tournaments, and with even though the scores didn’t reflect wins, there a great deal of improvement that was very noticeable throughout the two days. We’ll be working hard in practice and looking forward to our next tournament!

On Sunday, November 10th, we traveled to Wabash College to play in their tournament to raise money for a philanthropy project. We 9 excited members attend who were ready to come out strong fight hard. We played three close games, with the soft cap at 60 minutes and hard cap at 70 minutes. These are the results:

We had some great plays and we looked pretty strong for the most part, but will be working hard to improve our game for tournaments to come.

On October 27th, the Butler Ultimate Frisbee Team traveled to Indiana Weslyan for a tournament. About an hour north, our team arrived as a motley crew of excited, enthusiastic, players ready to prove themselves on the field. Here are the results from the seven hour day of straight Ultimate

**A tight contest from the very beginning, often we were tied or behind by a single score. This was a great first showing for our first matchup of the day.

**After we pulled out to an early lead, IU battled back to tie the game at 8. We fought hard but ultimately lost. This was arguably our best game of the day: IU had twice as many players as we did; we had just finished our game against ISU; and IU has a legitimate coach.

**After 5 of our players went home for other obligations, we were left with only 10 players, which was effectively 9 following an injury sustained in the IU matchup. We staged a 5 point comeback, complete with incredible defensive stands and flawless offense, before eventually giving up the final point.

**This was a fun game against a fun team. There was never a doubt of whether we would win the game, and we had opportunities to unleash the dreaded Spartan Defense and Dinosaur Offense.

Our current overall record is 2-3. 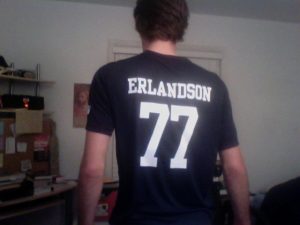 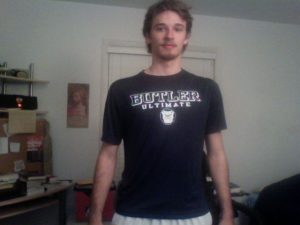 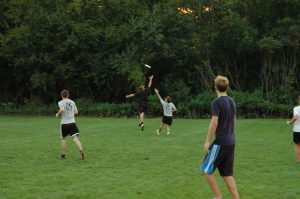 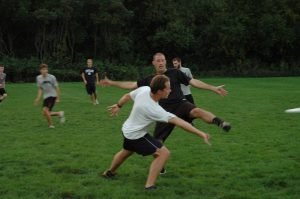